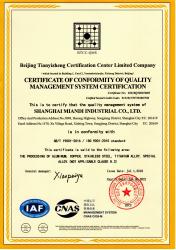 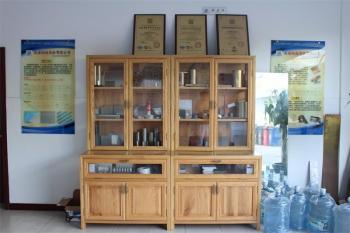 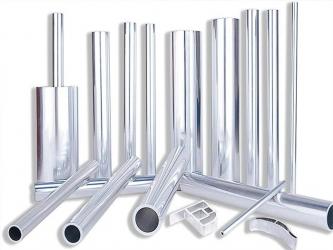 We are a professional supplier of Aluminum Alloy Products, from 1000 Series to 7000 Series we can offer.

So how Aluminum can do for you?

What is an Aluminum Alloy?

An aluminum alloy is a chemical composition where other elements are added to pure aluminum in order to enhance its properties, primarily to increase its strength. These other elements include iron, silicon, copper, magnesium, manganese and zinc at levels that combined may make up as much as 15 percent of the alloy by weight. Alloys are assigned a four-digit number, in which the first digit identifies a general class, or series, characterized by its main alloying elements.

Some alloys are strengthened by solution heat-treating and then quenching, or rapid cooling. Heat treating takes the solid, alloyed metal and heats it to a specific point. The alloy elements, called solute, are homogeneously distributed with the aluminum putting them in a solid solution. The metal is subsequently quenched, or rapidly cooled, which freezes the solute atoms in place. The solute atoms consequently combine into a finely distributed precipitate. This occurs at room temperature which is called natural aging or in a low temperature furnace operation which is called artificial aging.

Zinc is the primary alloying agent for this series, and when magnesium is added in a smaller amount, the result is a heat-treatable, very high strength alloy. Other elements such as copper and chromium may also be added in small quantities. The most commonly known alloys are 7050 and 7075, which are widely used in the aircraft industry.

Non heat-treated alloys are strengthened through cold-working. Cold working occurs during rolling or forging methods and is the action of “working” the metal to make it stronger. For example, when rolling aluminum down to thinner gauges, it gets stronger. This is because cold working builds up dislocations and vacancies in the structure, which then inhibits the movement of atoms relative to each other. This increases the strength of the metal. Alloying elements like magnesium intensify this effect, resulting in even higher strength.

Manganese is the major alloying element in this series, often with smaller amounts of magnesium added. However, only a limited percentage of manganese can be effectively added to aluminum. 3003 is a popular alloy for general purpose because it has moderate strength and good workability and may be used in applications such as heat exchangers and cooking utensils. Alloy 3004 and its modifications are used in the bodies of aluminum beverage cans.

Thank you! Your message has been sent to the following suppliers.